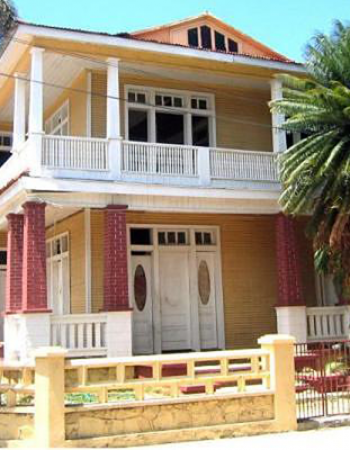 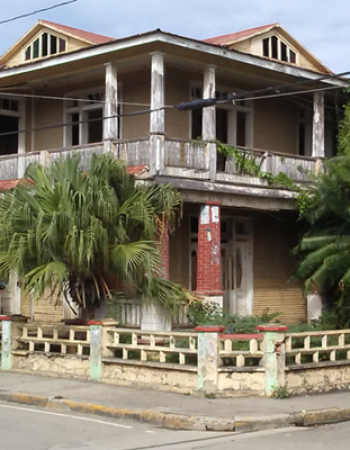 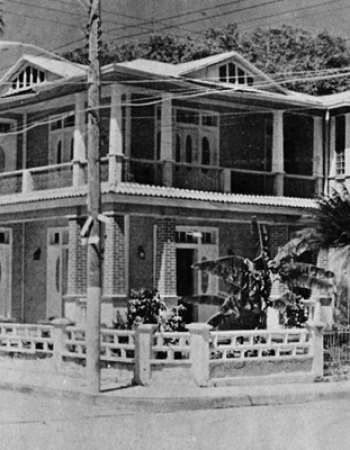 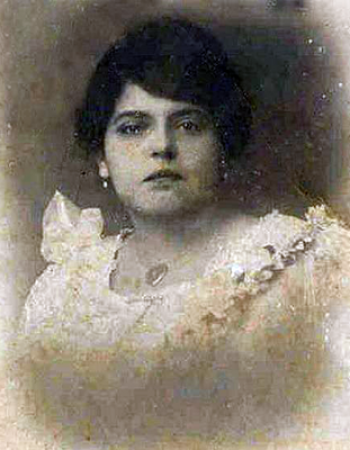 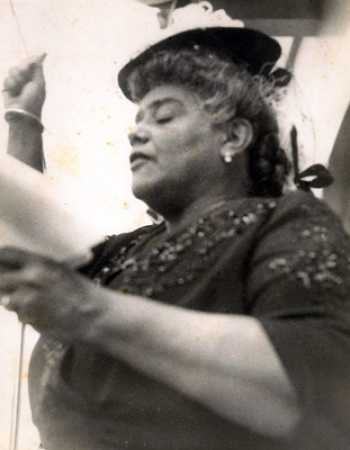 Casa Isabel Mayer is a national monument. It was the home of Isabel Mayer. She was a prominent Montecristina feminist, suffragist and politician.

Isabel Mayer was the daughter of wealthy land-owning parents, Emilio Mayer and Virginia Rodríguez and was educated in Curaçao. She married Manuel Tavarez Ramos and had a daughter, Carmen Isabel Tavarez Mayer. The marriage didn’t last long. Soon after the birth of Carmen Isabel, she divorced Manuel and never remarried.

In her 30’s, Isabel Mayer became involved in the feminist movement in the Dominican Republic. This is when she became president of the “Club de Damas” in Monte Cristi. Soon after, she expanded her activism to the national level. She was a founding member and active participant of the Dominican Feminist Action (AFD). The AFD fought for the rights of women in the Dominican Republic at a time when Trujillo was restricting political rights and democracy was losing its role in the political process. These brave women gained the right to vote for all Dominican women in 1942.

She became to know and close to Trujillo through her social connections and activism. Trujillo was dictator in the Dominican Republic from 1930 – 1961. After he granted women the right to vote in 1942, Trujillo designated Isabel Mayer as senator of Monte Cristi thus making her the first woman to become a senator in the Dominican Republic. She would also serve as governor of Monte Cristi and Santiago.

Mayer was a loyal and fervent supported of Trujillo. In the 1940’s she headed the “Dominicanization of the Border” committee. In an effort to “whiten” the Dominican Republic and rid the country of Haitian, Trujillo order the execution of all Haitians in the region. It is believed that 25,000 Haitian were slaughter. So many bodies were dumped in the Massacre River that a Dominican lawyer titled his historical account of the event. “The Massacre river can be crossed by foot.”

Despite her devout loyalty to Trujillo and to Trujillo’s main political party, the Dominican Party (PD) she became a persona non grata in 1960. The actions of, Manolo Tavarez Justo, who was the son of her ex-husband and his wife Minerva Mirabal who were leaders in the anti-Trujillo movement and her grandson Guido “Yuyo” D’Alessandro who took an active and important part in the movement lead to her being blacklisted and fired from her political post. Isabel Mayer died in Monte Cristi in 1961 not long after she fell from the regimes favor.

Due to the fact that numerous foreign reporters were led to her house during their travels across the country, all Dominican publications that mention her role in the dictatorship have falsely labeled her as a celestine, madame or a procuress for Trujillo. Nevertheless, this is how she is remembered today throughout the country despite her life as “a pioneering feminist and early female politician.”